Happy Friday to you all! I hope your week has gone well and now you can relax and recharge, I hope. Tonights meal is delicious! The chicken is breaded in panko and almond flour, I’ve never used almond flour before, but I really like it, it adds a bit of sweet nuttiness to the chicken. And the salad, Shut the Front Door! You know how most salads are typically drenched in dressing, this isn’t, surprisingly, the dressings only ingredients are lemon juice, olive oil and salt/pepper. And very sparingly, you’ll only use 1-2 tablespoons of olive oil and lemon juice. The real stars of the flavor show are the fennel, red onion, apple and basil. The olive oil and lemon juice provide a backdrop or canvas for the fennel, apple and basil to shine though. You’ll get this sweet licorice herbal taste that is outstanding.

I found that I liked eating a bite of the chicken and salad together which created a marriage of lovely textures and flavors. This dish is so EJlicious, it’s fast, around 35 minutes, pretty healthy, and did I say soooo good!

I really enjoyed the fennel so much I think there will be more fennel recipes to come. I’m guessing this weekend you’ll be attending a social mixer and I’ve got your food trivia so you’ll be prepared to indulge, to impress, to wax poetically, all about this wispy green flavor enhancer, fennel. 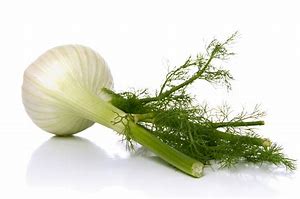 Fennel is a bulbous vegetable with a tall, wispy, fronded top that looks rather like dill. The fronds can be used in salads, but the main attraction of fennel is the bulb itself. It’s very firm and crunchy, and it tastes a bit like licorice and anise. It has a fresh, bright taste.

Ever since ancient times, fennel has enjoyed a rich history. The ancient Greeks knew fennel by the name “marathron”; it grew in the field in which one of the great ancient battles was fought and which was subsequently named the Battle of Marathon after this revered plant. Fennel was also awarded to Pheidippides, the runner who delivered the news of the Persian invasion to Sparta. Greek myths also hold that knowledge was delivered to man by the gods at Olympus in a fennel stalk filled with coal. Fennel was revered by the Greeks and the Romans for its medicinal and culinary properties.

And that’s all folks! Thank you so much for reading and let me know if you try this dish, I’d love to hear back!

Heat about 1/3 cup olive oil in a large nonstick skillet over medium-high heat (it?s hot enough when a pinch of panko sizzles when it hits the oil). Working with 2 or 3 chicken breasts at a time, dip each piece in the beaten egg, letting the excess drip off, then press the chicken into the crumb mixture to coat. Add to the hot oil and cook until browned and cooked through, 1 1/2 to 2 minutes per side. Transfer to paper towels to drain. Reduce the heat if the chicken is browning too quickly and add more olive oil as needed between batches.

Toss the greens, fennel, apple, basil and red onion with the lemon juice and the remaining 1 tablespoon olive oil in a bowl; season with salt and pepper. Divide the chicken among plates and serve with the salad and lemon wedges.